The Ensemble Theatre Board of Directors, Staff, and Artists hosted their annual appreciation event for their corporate sponsor and subscribers, Monday, March 4, 2013. The celebration began with a corporate luncheon where representatives from several of the theatre’s corporate sponsors were greeted by Ensemble Executive and Artistic Directors Janette Cosley and Eileen J. Morris. Board President Jackie Phillips gave a presentation on the state of the theatre with updates highlighting several of the theatre’s milestone achievements over the past several years including its over 30% increased attendance to performances, a 300% increased subscribers, facility upgrades, and most recently exceeding its goal of raising $250K during the theatre’s Founder’s Circle fundraising campaign which also resulted in a $75K matching gift to enhance the theatre’s endowment fund. Performances were given by veteran Ensemble Theatre performer Werner Richmond and Young Performer’s Program student Taylor Nelson. The luncheon was followed by tours of the building to show attendees the theatre’s facility improvements. 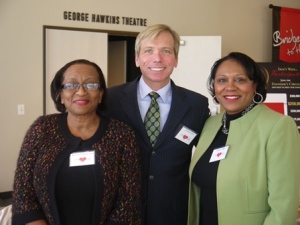 That evening a Jazz and Poetry event was well attended by the theatre’s subscribers, and corporate sponsors. Guests were treated to light hor d’oeuvres prepared by Chef Tarsha while listening to musical performances by Werner Richmond and the Richmond Covington Band, also featuring songs performed by actress/ vocalist Teacake. A scene for the theatre’s upcoming production of Broke-ology was performed by actor Broderick “Brod J” Jones and actress Autumn Knight. Actor/ Poet Joe P entertained the audience with the artistry spoken word. The celebration concluded with the Richmond Covington Band and Teacake getting attendees out on the dance floor for one last round of excitement and fun. Ensemble Executive and Artistic Directors Janette Cosley and Eileen J. Morris thanked subscribers for continuing their support. 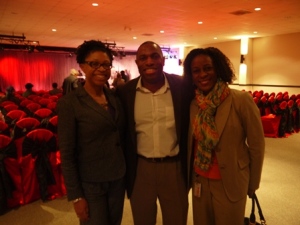 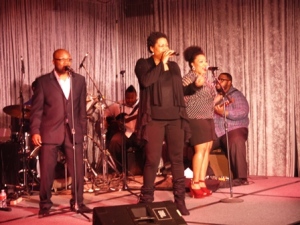 Events that Enlighten, Entertain, and Enrich